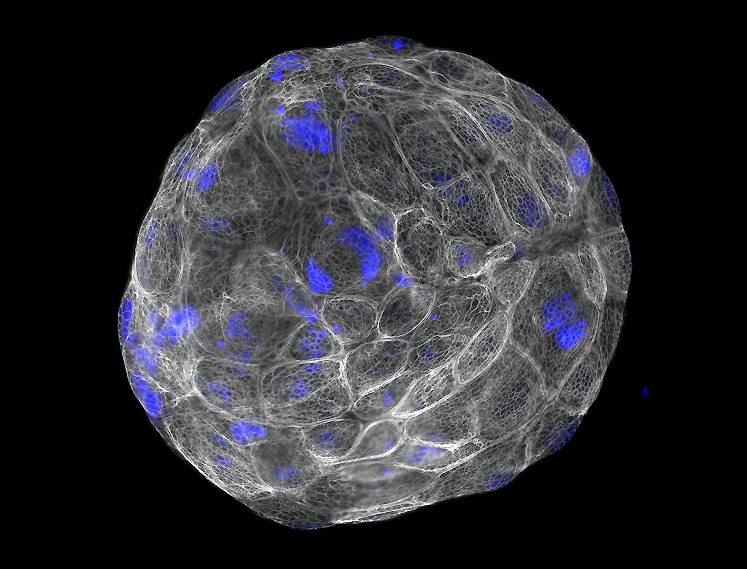 Sutovsky lab research program centers on mammalian gametogenesis, fertilization, and pre-implantation embryonic development with special emphasis on the ubiquitin-proteasome system (UPS). Dr. Sutovsky was the first to describe the role of UPS in the regulation of mitochondrial inheritance and introduced a novel concept of extracellular UPS, which has been validated in reproduction and outside the reproductive biology field. Dr. Sutovsky was the first to explain the enigma of clonal, strictly maternal inheritance of mitochondria and mtDNA in mammals, published in Nature. He demonstrated that the selective degradation of paternal mitochondria, now termed zygotic sperm mitophagy, is dependent upon substrate-specific proteolysis by ubiquitin-proteasome system. Furthermore, Peter demonstrated the importance of sperm borne proteasomes for mammalian fertilization and the role of UPS in epididymal sperm quality control, a mechanism relevant to male fertility evaluation in livestock, and the diagnosis and treatment of human male fertility. Peter’s collaborative research on the biogenesis and post-fertilization processing of sperm head perinuclear theca influenced the optimization and safeguarding of assisted reproductive technologies/therapies such as in vitro fertilization and intracytoplasmic sperm injection. Recently, the Sutovsky laboratory has also been focusing on biomarker-based flow cytometric semen analysis and semen nanopurification aimed at improving conception rates in livestock artificial insemination including recent discovery of a novel biological phenomenon of sperm zinc ion fluxes, published in Nature Communications.  He has also developed a sperm depletion kit for enrichment of normal sperm cells in semen samples used for human infertility treatment with the Missouri Center for Reproductive Medicine in St. Louis, MO.

As of November 2018, Peter published 182 peer reviewed articles and monograph chapters, of which 169 were cited >6,000 times in SCOPUS (h index =41), and featured on over 50 journal/book/trade publication covers. He edited two books and three journal special issues. Beside other editorial board memberships, Peter served on the Board of reviewing Editors of the Biology of Reproduction, and is currently the Section Editor for Reproductive Biology in Cell & Tissue Research, Associate Editor in Systems Biology in Reproductive Medicine and Series Editor in Advances in Anatomy, Embryology and Cell Biology. He holds 15 US and foreign patents, reflecting his involvement in technology development and commercialization. He has been recognized as the inaugural recipient of the USDA-NRI Discovery Award, Big 12 Rising Star Award, and the Distinguished Researcher Award and Faculty Entrepreneur of The Year Award by The University of Missouri. Reflecting his international efforts, Peter received honorary doctoral degree, Doctor Honoris Causa from The Czech Life Sciences University in Prague, a Honorary Professorship from the Universidad Nacional Mayor de San Marcos in Lima, Peru, the oldest University in all the Americas, and was elected a honorary Visiting Professor, Professorem Hospitem of the Charles University in Prague. Recently, he was named a honorary citizen by the major of his native home town Beckov, Slovakia. His work on fertilization and infertility has been funded by USDA, NIH, NIJ, Missouri Life Sciences Trust Fund and various other public and private entities. He is a frequent plenary speaker in USA and around the world, with over 50 domestic and 50 international invited lectures, frequent NIH panel member and a senior editor in several leading journals in his field. The Sutovsky laboratory maintains active collaborations with scientists and industry partners in Argentina, Australia, Brazil, Canada, Chile, Czech Republic, Denmark, France, India, Japan, Peru, Slovakia, South Korea, Spain, United Kingdom and USA.