The MULE Team and the National Swine Resource and Research Center (NSRRC) has multidisciplinary collaborations.   The NSRRC distributes “all things pigs”; including live pigs, but also Cells, Tissues and Organs (CTOs). The NSRRC has provided tissues and pigs to numerous investigators throughout the country. The past year the NSRRC has genetically engineered pigs and created new models of retinitis pigmentosa, cardiovascular disease, hepatocyte transplantation, Usher syndrome, hypoplastic left heart syndrome, heart development, and pigs whose organs are used for xenotransplantation.

The NSRRC has collaborated with or distributed CTOs to the following groups this year:

This year, the NSRRC has also distributed to several Institutes at the National Institutes of Health (NIH). The chart below lists the NIH Institutes that have received CTOs. 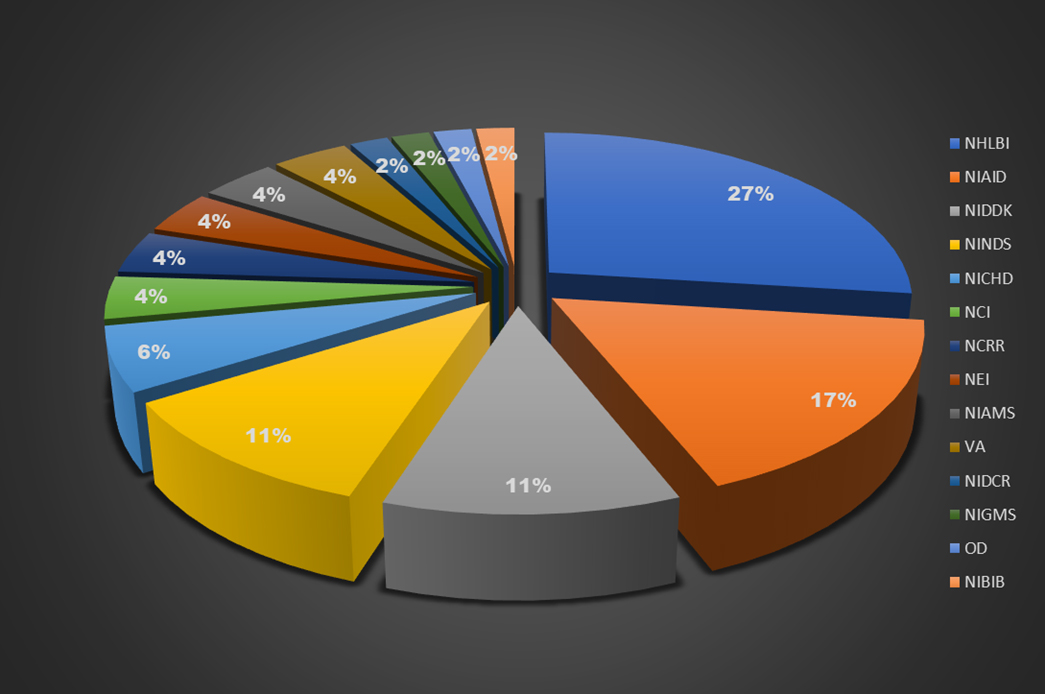